Vienna, October 04, 2016 – Suzuka, Japan will host the seventeenth Formula 1 race of the sea- son this weekend. UBIMET is the official meteorological service provider, delivering high-precision weather information for the teams and spectators. Expect rather variable weather conditions to dominate the week leading into a partly wet weekend.

After a warm and dry Tuesday, look for a chance for rain on Wednesday, especially from the late morning into the afternoon. Winds will be moderate from the south with temperatures peaking at 24 to 26 degrees Celsius.

Thursday will bring pleasant weather conditions with a lot of sunshine, gustly northwesterly winds and high temperatures again around 25 to 26 degrees Celsius.

On Friday, clouds will build during the day with an enhanced risk for showers starting in the evening, therefore both sessions are likely to remain dry. Cooler highs between 22 and 24 degrees Celsius.

Saturday will start out with occasional rain. Although the rain should taper off late in the day, the chance for showers during the practice session and the Qualifying runs is still rather high. Winds will be light with high temperatures ranging from 23 to 25 degrees Celsius.

On Sunday, the showers will again become more frequent during the morning hours. A few thunder- storms with heavy rain cannot be ruled out in the afternoon. There’s a significant risk for rainy, slick conditions during the scheduled race. Blustery northwest winds will be increasing with high temperatures between 22 and 24 degrees Celsius, dropping quickly in the afternoon. 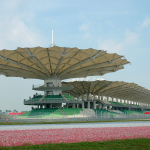 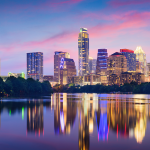