Recently the ERGO insurance company in Austria and the global weather service provider UBIMET have signed a contract on sending out severe weather warnings to ERGO customers.

“We are delighted that this long-standing successful cooperation has now been extended. We at ERGO want satisfied customers who know they can rely on ERGO. For this reason, we value reliable partners. UBIMET as one of the leading commercial weather service providers in Central and Eastern Europe offers added value to our customers with its customized weather forecasts“, says Christian Sipöcz, ERGO Member of the Board in charge of claims and accident management.

“Both ERGO, the service champion in the insurance industry as well a UBIMET firmly believe in the importance of outstanding service. We offer precise severe weather warnings, an online portal for managing claims more efficiently and effectively as well as route weather in the ERGO App to our long-standing partner for more customer satisfaction and look forward to continuing this cooperation,“ states Michael Fassnauer, CEO UBIMET.

Moreover, ERGO has been using the Claims Information System CIS, an online portal for historical, hyperlocal weather information that reduces the time for processing claims and increases customers satisfaction since October 2010. UBIMET has been providing the route weather for the ERGO „Alles klar!“ App since December 2012.

With this contract, the long-standing successful cooperation between ERGO and UBIMET continues. 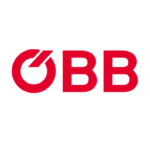 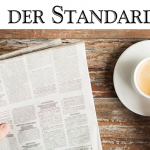