Sailing towards gold with UBIMET

In London 2012, the National Australian Sailing Team won a gold medal and in Rio 2016 they won one gold and three silver medals – UBIMET played a role in their success.

The active everyday activities of outdoor-sports like sailing are always dependent upon the weather. For precise preparation of their races and the calculation of an appropriate tactic at the Olympic Games 2012 in London, the Australian Sailing Team focused on the weather models by UBIMET. This was amongst other mechanisms contributing to the success of the team.

“The weather models by UBIMET were essential for the selection of the ideal sails and had a great bearing on the strategy of the athletes for the competitions. The precise forecast of the weather phenomena by UBIMET was the best and most authentic of all available sources,” says Bruce Buckley, meteorologist for the Australian Olympic Sailing Team.

At the elite level, international sailing events, extreme wind, fierce competition, the performance of the team members, the materials and tactics along with fast and accurate wind forecasts all contribute significantly to success. Strong winds challenge the team and boat materials alike and have to be included in tactical considerations. As such, the Australian Sailing-Team (AST) relied upon the weather models by UBIMET at the Olympic Games in London and in Rio. The superiority of regional wind forecasts had already been demonstrated at regattas. The wind models were tested in close collaboration between the AST and UBIMET during the competitions as well as during the training and were continuously optimised and perfected by meteorologists from Austria. 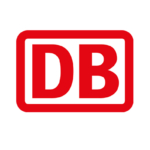 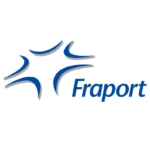