UBIMET is the official weather data supplier for the United Nations (UN). The weather service provider won an invitation to tender from the United Nations Development Programme (UNDP) and will now provide equipment, services and expertise regarding meteorological and hydrological early warning systems for developing countries.

Under the long-term agreement with the UNDP, UBIMET will support national weather service providers, especially in Africa, with setting up and developing weather information systems. UBIMET are experts in providing lightning and weather station infrastructure as well as weather prediction and short-term storm forecast systems. The contract also includes maintenance, training and software development responsibilities. UBIMET is the only European weather service that has signed a contract with the UNDP.

According to the UNDP Human Development Report 2014, more than 200 million people, most of them in developing countries, were affected by natural disasters such as flooding and drought between 2000 and 2012. A recent study by the United Nations Office for Disaster Risk Reduction (UNISDR) highlights the fact that weather and climate are major disaster risks. Flooding, storms, heat waves, drought and other weather-related phenomena caused approximately 90% of natural hazards over the last 20 years.

Read more about the UNDP at their webpage: UNDP 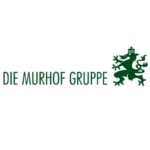 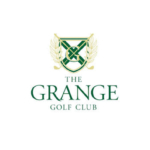