MotoGP spectators attend for the thrill of the race, the low pitched roar of motorcycles and the spectacle of sparks as pedals scrape the asphalt at speeds of 200km/h. Rain can dampen spectator spirits at any major event, but for the annual Tissot Australian Motorcycle Grand Prix held at Phillip Island in Victoria, the weather is critical and organisers need accurate forecasts and a ‘no surprises’ approach.

In 2014, for the second consecutive year, UBIMET delivered accurate, motor-sport tailored forecasts for the Australian MotoGP, enabling the event organisers and race teams to make critical race decisions throughout the event. The quantity and quality of UBIMET’s data, combined with manual forecasts by onsite meteorologists, ensures the highest prediction accuracy.

UBIMET supplied the MotoGP with weather forecasts in the lead-up to the event. Spectators were also provided with forecasts about the weather conditions on the day. These were displayed on TV screens around the track. On race day, UBIMET’s meteorologist delivered a live weather update which was broadcast to all attendees with information on what drivers and spectators could expect from the weather.

In addition to regular updates, event organisers were able to access the latest weather information from wherever they were onsite via a sophisticated online portal. This was also designed so teams could make critical event and race decisions based on forecasts.

“UBIMET provided twice daily updates for GPTV – the events’ on course big screen TV service. The forecasts were accurate and on time. On the Sunday, UBIMET’s meteorologist gave a live interview in Pit Lane with his final forecast one hour prior to MotoGP race time.

UBIMET’s service was outstanding and kept race fans informed with accurate local forecasts. I look forward to working with the team from UBIMET again.”

“The Australian Grand Prix Corporation engaged UBIMET in the lead up to and during the 2013 Tissot Australian Motorcycle Grand Prix to provide detailed, accurate and timely meteorological data to assist in the delivery of the event. We found this to be the case.

These services proved useful for the execution 2013 Tissot Australian Motorcycle Grand Prix. Comprehensive reports across the duration of the event kept the organisers and patrons informed with up-to-date forecast details.” 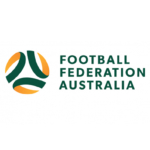 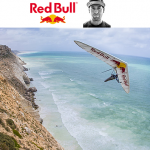