Renowned for his unique feats and world firsts, such as having performed aerobatics in the Morning Glory rolling cloud formation in central Australia in 2009, Jonny had long dreamed of adding another deadly aspect to his sport by flying over the open waters of South and Western Australia. In 2014, in partnership with UBIMET this dream come true.

And after a year of planning and his two-week project window quickly closing in on him, the 33-year-old finally achieved his goal this week and set two new world records – quickest 300km out-and-return distance and quickest 100km out-and-return.

“I flew along the cliffs, at the mercy of the winds, waves and great whites below,” says Jonny. “The weather played a huge part in these world records. And thanks to UBIMET, which stayed on provided me with advice on when to attempt the records and an onsite meterologist I was issued with the best possible forecasts and wind predictions.” – Jonny Durand

“We decided to do it at the Great Australian Bight, where the winds pushing from the ocean and up the cliff allowed me to stay in the air the entire time without stopping – even once,” Jonny says. “There’s a constant flow of air and you can glide along at high speeds without having to circle for the right air and altitude. Normally, we spend a lot of our time circling and that’s not only tiring but really affects your speed.”

“We had a two week waiting period and unfortunately it came down to just one day which meant I only got to do two attempts – the 300km and the 100km. But I beat both and I couldn’t be happier. It was amazing, like nothing I’ve ever experienced before.”

UBIMET worked closely with Jonny to forecast the weather for his world record attempt. In addition to providing remote forecasts for the 10 days prior UBIMET also sent one of the Meteorologists to Eucla to provide on-site support. 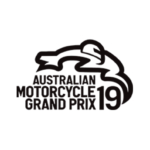 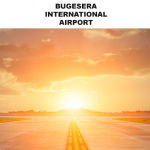