The increasing share of renewable energy increases the demand for transmission capacity to a degree, which existing power grids cannot live up to. „In order to avoid shortages in transmission capacity, operators frequently have to intervene in grid operations“, analyses Alexander Lehmann, Managing Director of UBIMET Germany.

These interventions totaled no less than € 1.4 billion for German power grid operators in 2017. Eventually this cost is paid for by consumers via their electricity bills.

Given the lack of transmission capacity, shutdowns of wind and solar power procuction become increasingly common. „We are not talking about peanuts as this year’s January has shown again“, says Lehmann.“ On New Year’s Day at times 6 gigawatt of production had to be deactivated. That equals the output of several nuclear  power plants,“  Lehmann calculates.

According to the Federal Minister of Economic Affairs, Peter Altmaier, Germany’s effort to expand its grid network is „catastrophically lagging behind“. Consequently, last summer his ministry launched the so-called „Action Plan Power Grid“. The main concern of this paper, prior to a long and tedious grid expansion,  is a „consistent, nationwide monitoriong of overhead lines in real time to better utilize existing grids.“[1] Or as it says on the first page ”We have to optimize existing grid networks with new technologies and operation concepts.”[2]

„Overhead line monitoring can almost double the transmission capacity of existing grids under very good environmental conditions”, says Alexander Lehmann. Apart from the electricity flow in the conductor, the main influencing factos are the meteorological variables such as air temperature, wind as well as solar radiation. „In a nutshell: If we have more cooling wind, we can put more electricity through the power lines,” says Lehmann.

Prerequisite for overhead line monitoring are highly precise weather data. „For Germany as well as other European countries, UBIMET is calculating a weather model with a resolution of 100 meters. The data is then transferred in real time via an interface (API) to the customer”, explains Lehmann.

UBIMET presents ist high precision solutions for the energy industry from February 5th to 7th at the E-world 2019 in Essen (hall 3 – booth 351). 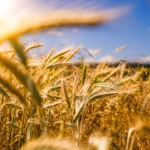 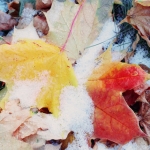