Even though the combination of wind and solar energy was outstanding with 13,732 GWh* in April 2018,  the monthly EinsMan quantities do not reflect this. In April, less feed-in management measures (EinsMan) were realized by grid operators than in March 2018. The maximum of Germany-wide curtailments of renewable energy systems was achieved on April 12, with almost 3.5 GW (see graph below). According to UBIMET’s latest figures, EinsMan quantities totalled 350 GWh in April, while EinsMan quantities in March increased to 450 GWh due to subsequent publications by individual grid operators.

Despite outstanding amounts of renewable energy feed-in, EinsMan quantities were lower than in March. The reason is that although the April was windy, there were neither pronounced low-pressure systems with high wind speeds especially in the north of Germany with low consumption at the same time. A combination that usually favours many EinsMan measures of grid operators.

The above-mentioned EinsMan quantities are subject to missing publications and subsequent changes by individual grid operators.

UBIMET’s expertise and reliable weather solutions have convinced customers from industries such as aviation and rail, construction, energy, insurance, media as well as event organizers. UBIMET has delivered accurate weather data to Formula 1 teams since 2014.

The company was founded as a start-up by Michael Fassnauer and Manfred Spatzierer in 2004. The two founders, driven by a passion for meteorology, are still the driving force behind the company today. Red Bull has been a strategic partner since 2012.

Since 2015 the UBIMET Group has had an office in Karlsruhe, Germany. The company was founded as EWC Weather Consult GmbH in 1999 and was rebranded to UBIMET in November 2017 and is the competence center for energy and insurance within the group. 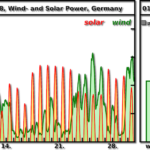 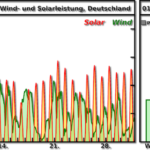