You are here: Home1 / 20162 / Australian Sailing Team victorious with Ubimet in Rio

Melbourne, 02 September, 2016 – The Australian Sailing Team won one gold and three silver medals at the Rio Summer Olympics 2016. UBIMET played a role in this success by providing precise weather data and forecasts.

“The weather models by UBIMET were essential for the selection of the ideal sails and had a great bearing on the strategy of the athletes for the competitions. The precise forecast of the weather phenomena by UBIMET was the best and most authentic of all available sources,” says Bruce Buckley, meteorologist for the Australian Olympic Sailing Team.

„We are proud we were able to contribute to the impressive success of the Australian Sailing Team. Given that our home base of Austria only won a bronze medal, it makes us feel like we won gold after all. We have been working with AST for six years and value this long-standing partnership,” states UBIMET CEO Manfred Spatzierer.

To provide an exceptional level of accuracy, UBIMET delivers all of its forecasts by combining specially developed numerical models and algorithms with forecasts manually produced by experienced meteorologists. This synthesis of sophisticated technology and meteorological expertise enables the company to deliver highly accurate forecasts. Model calculations are run on a minute-by-minute basis to issue forecasts in real time. UBIMET tests and verifies the wind data in close collaboration with the AST during competitions and training sessions, and this enables the meteorologists at UBIMET headquarters in Vienna to continuously optimise and perfect the numerical models producing the wind forecasts.

At high-profile international sailing events such as the 2016 Olympic Games, many factors contribute to the success of the team, including extreme wind, fierce competition, the performance of the team members, the materials and tactics and of course timely and accurate wind forecasts. 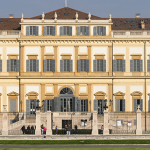