UBIMET Forecast: Plenty of sunshine for the final race of the season

Vienna, November 24, 2016 – Abu Dhabi, UAE will host the last Formula 1 race of the season this weekend. UBIMET is the official meteorological service provider, delivering high-precision weather information for the teams and spectators. The weather will remain dry and sunny.

Friday will indeed be the most interesting day of the weekend as a low pressure center develops over the Persian Gulf to the north of Abu Dhabi. This will mean significant rainfall further north, but does not exclude the slight possibility for an isolated shower to build as far south as Abu Dhabi during the afternoon hours. Chances of any rainfall are still slight at this time, and it is more likely that mostly sunny conditions will remain in place throughout the day.

On Saturday, a few mid-level clouds may move over the area around the midday hour, but even these should be sparse with no chances for rain and otherwise sunny skies.

Sunday will remain sunny, with only a few high clouds passing by from time to time. On each day, temperatures should reach around 30C during the early afternoon with light morning southerly winds, before a moderate northerly wind arrives from the sea, thus moderating temperatures a bit. With Abu Dhabi being a twilight race, we expect temperatures to range primarily in the mid 20s during the qualifying and race periods. 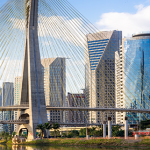 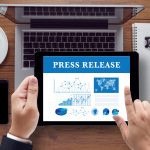 ERGO and UBIMET Scroll to top