UBIMET: Mostly dry weather conditions with a chance of showers every now and then

Vienna, July 26, 2016 – Germany to host the twelfth Formula 1 race of the season this weekend with UBIMET delivering high-precision weather information as the official meteorological service provider. In Hockenheim, a mixture of sun, clouds and occasional showers will dominate the week.

After an unsettled Tuesday with thundery showers, Wednesday will see a rather pleasant mixture of sunshine and clouds. Maximum daytime temperatures range from 23 to 25 degrees.

Thursday will see an increasing amount of clouds during the day with a chance of thundery showers especially in the in the afternoon. Winds will be weak and from the west with maximum temperatures from 20 to 23 degrees.

On Friday, a mixture of sunny and cloudy periods will dominate; however, especially during the afternoon some showers will be possible. Strengthening winds from the southwest are expected with temperatures reaching 26 degrees.

Saturday will start out with a good amount of clouds, but an increasing chance of longer sunny periods are possible during the day. The chance for some rain during the practice session or the Qualifying is rather low. Mainly weak westerly winds and 25 to 27 degrees.

Sunday will bring rather unsettled weather conditions with an enhanced risk for showers; however, there remain some uncertainties regarding the forecast, hence the risk of a shower affecting the race cannot be ruled out. Winds will be weak with temperatures reaching 25 degrees. 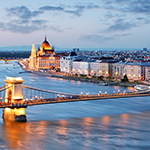 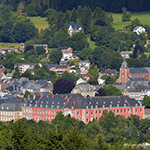 Formula 1 in Belgium Scroll to top