UBIMET: Cool and unsettled with showers, more sun from Saturday on

Vienna, June 9, 2016 – Montreal to host the seventh Formula 1 race of the season this weekend with UBIMET delivering high-precision weather information as the meteorological service provider to the FIA. The weather in Montreal will be rather cool with numerous showers throughout most of the weekend. More sun is expected on Saturday, however, over Sunday the chance of some rain returns again. Temperatures throughout the period will range between 16 to 22 degrees.

Some low clouds will linger over Montreal leading to overcast conditions Friday morning. The sky will remain mostly cloudy during the afternoon with just a few peaks of sunshine. There’s a small chance of a brief shower early in the day, but dry weather is anticipated for both P1 and P2. Temperatures will be below average, topping out at only 16 C. Winds will be out of the west/northwest but will be fairly light, and will actually weaken during the afternoon hours.

Saturday will start with a few passing high clouds, otherwise it will be mostly sunny. A mix of sun and clouds will remain in place over Montreal during the afternoon, with only a slight chance for a shower or two towards the evening hours. It will be milder compared to the previous days, with temperature peaking at around 22 C and a light, southerly wind being present throughout the day.

A cold front will move through overnight Saturday, bringing periods of rain over Montreal. Although the exact timing of this system is still affected by some uncertainties, dry weather with partially clearing skies are expected by midday Sunday. Thus, the start of the race looks dry with a mix of sun and clouds and only a low risk of a popup shower towards the end of the race. Strong winds are also expected out of the northwest throughout the day, gusting to as much as 45 km/h in the afternoon. Temperatures will be cooler compared to Saturday, topping out at 17 C. 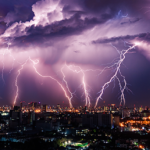 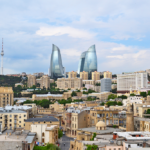