UBIMET Forecast: Near record high temperatures mid-week will give way to more seasonale weather by this weekend

Vienna, October 18, 2016 – Austin, Texas will host the eighteenth Formula 1 race of the season this weekend. UBIMET is the official meteorological service provider, delivering high-precision weather information for the teams and spectators. Other than a modest chance for spotty showers early Thursday, the weather looks dry with record challenging warmth on Tuesday and Wednesday, but temperatures much more comfortable through the weekend.

Look for record challenging heat under mostly sunny skies on Tuesday and Wednesday with highs ranging 32 to 35 degrees Celsius, well above normal for mid-October. Winds will be rather light, mostly out of the south and southwest.

On Thursday there will be a few showers around, but rainfall amounts should be light. Cooler temperatures are expected with highs between 24 and 26 degrees Celsius. Winds will be moderate, dimishing in the afternoon.

From Friday through the weeked, expect partly to mostly sunny skies. Temperatures will remain near normal for practice and qualifying runs on Friday and Saturday with highs around 25 degrees Celsius. Race day may see the start of a warming trend with highs peaking 28 degrees Celsius. 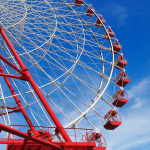 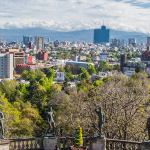