Karlsruhe, 18. January 2018. The unstable weather conditions in 2017 and temperatures which were on average too warm led to unusually high wind (power) in summer. According to UBIMET’s long-term index, solar energy was generated relatively little despite slightly above-average hours of sunshine and a positive overall balance. The long-term index makes the solar and wind power production yields in Germany comparable. Every month, the UBIMET experts calculate the respective yields of the last 38 years and compare them with the values of the current Germany portfolio. In the course of this, every yield is related to the currently installed capacity so that the periods can be compared.

2017 was a very good year for wind energy. The generated wind energy output of 101,948 GWh could only have been surpassed in 1990 due to the damaging storms Vivien and Wiebke.

The first months of 2017 were unspectacular. Only from April onwards – with the exception of October – above-average wind power was produced, especially in the months of July, August and September. In these months, normally, the production of electricity from wind turbines exceeds the production of solar systems by only about 50%. In the summer month of 2017, however, the amount of electricity from wind energy was more than twice as high as the amount of energy generated by solar plants due to heavy summer storms and distinctive low-pressure areas. Never before in the corresponding months of the last 38 years has so much wind power being generated. In August 2017, for example, 10,598 GWh were produced, the next best August in 1992 would have generated only 7,558 GWh. Other months are also positive. April ranks third in the long-term comparison since 1979, May second, June and December fourth.

October was not outstanding in terms of wind power production despite the damage-intensive storms Xavier and Herwart. According to UBIMETS’s long-term index, it only ranks twelfth with 10,189 GWh, far behind the October of 1992 with 12,905 GWh. This might be explained by the high number of curtailments and the deregistrations by direct marketers due to the temporarily strong negative prices on the Leipzig Power Exchange. According to UBIMET’s EinsMan Monitor*, a total of about 500 GWh was reduced in October – subject to missing publications and subsequent changes of individual network operators.

In the long-term comparison of the generated solar energy output, the months of March, May and June 2017 are positive. Particularly outstanding was June with 5,212 GWh. In no other June of the last 38 years was so much electricity generated. Reasons for this were a heat wave that particularly affected the south of Germany, as well as a nationwide drought. March, which was according to the ‘Deutscher Wetterdienst’ (German weather service) the warmest March since the beginning of the measurement start in 1992, ranks third with 3,346 GWh behind 1986 with 3,346 GWh and 2003 with 3,406 GWh. In May were 4,923 GWh of solar energy generated. This means place four. The highest amount of 4,964 GWh would have been produced in 1992. 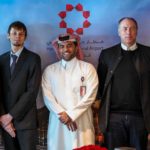