Vienna, 06 March 2018 – With total damage caused in the amount of more than 100 million Euro 2017 was the most severe weather year since 2010. How intense 2017 was in terms of extreme weather also becomes apparent with the number of severe weather warnings that the partner UBIMET sent on behalf of UNIQA to customers in case of severe weather. Compared to last year 75 percent more severe weather alerts were sent out. Michael Fassnauer, CEO UBIMET: “It is clear that significantly more extreme weather events happened in 2017 than in the five years before.“

UNIQA Austria CEO Kurt Svoboda confirms this: “We had to support customers much more often to have the damage repaired because of extreme weather than in the year before.“ Compared to the last eight years, severe weather events in 2017 caused 37 million Euro more damage (see graph). “This is not only felt by our customers, but also by our balance sheet as claims payments are much higher than before. I believe we will have to get used to higher claims payments because of severe weather in future “, says Svoboda.

Compared to other types of severe weather, hail caused the most damage among UNIQA Austria customers, followed by gales and flooding. “The most significant damage was caused by hail on 10 July 2017 that damaged many cars and houses in Vienna, Lower Austria and Burgenland. In total damage caused on that day amounted to just about 18 million Euro“, says Svoboda. Of the total of 12.5 warning messages sent out by UBIMET to UNIQA customers, 70 percent were for thunderstorm/lightning/hail, more than ten percent for heavy rain, about six percent for heavy snow and six percent each for heavy snow and storm and five percent for freezing rain.

When comparing Austrian provinces people in Styria had to protect themselves and their property the most. Most severe weather damages were identified by UNIQA Austria in the months of July and August as well as in October (see graph). Svoboda: “In these severe weather months on average ten times as much damage was caused as in the other months of the year.“ In a monthly comparison, most damages occurred in July 2017 with roughly 35 million Euro (see graph).

“The Global Risks Report 2018” published by the World Economic Forum also confirms the results of this internal audit. In this report experts regularly assess the biggest risk to the world population. Since 2017 “Extreme weather events“ rank first. “This study shows that we have to reckon with higher claims payments on our balance sheet. Severe weather events will be more frequent and intense in future“, says Svoboda. 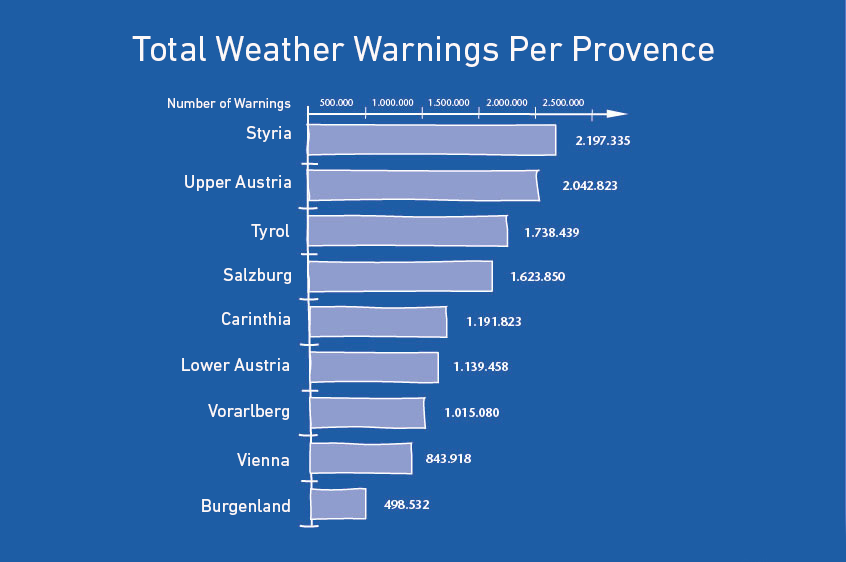 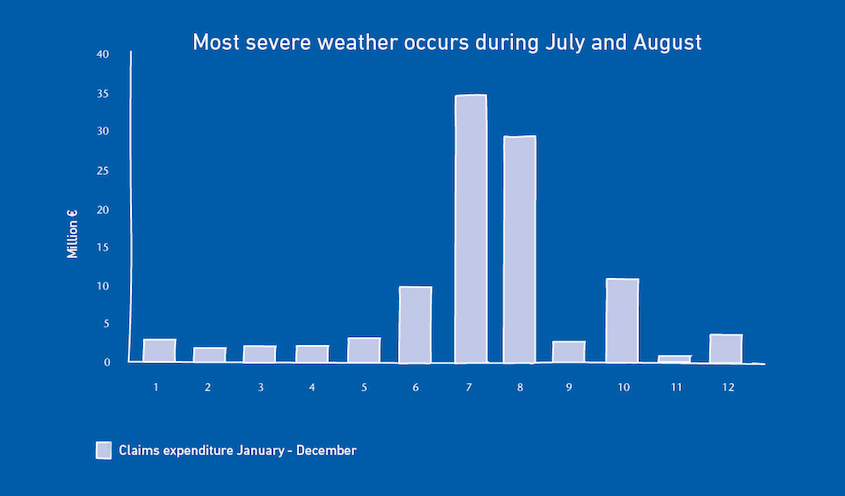 The cooperation between UNIQA Austria & UBIMET

UNIQA customers receive the so-called severe weather warnings prior to a severe weather event. The severe weather warning forms the basis of a long-standing partnership between UNIQA Austria and UBIMET. UBIMET was founded in 2004 as a start-up and UNIQA Austria has been the severe weather warning launch customer since 2004. Insurance customers receive hyper-local warnings based on postcode by SMS or e-mail before heavy rain, heavy snow, thunderstorm/lightning/hail, gales or freezing rain. Svoboda: “Our internal customer survey have shown that the severe warning contributes to increasing our customers’ sense of safety as well as customer loyalty.“ Moreover, the UNIQA severe weather warning is the hallmark in terms of customer satisfaction: “99 percent of interviewees are satisfied with the service.“ UBIMET-CEO Michael Fassnauer: “UNIQA and UBIMET have sent out more than 77 million warnings and supported insurance customers protect themselves and their property. Highly precise warning help to either prevent or reduce damage. It has been proven that weather plays a big role in the insurance business, and we are proud to be able to support UNIQA in this respect.” 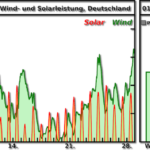